Looking for a wholesale provider for your store this holiday season? We can help!

Your customers come to you looking for gift-giving and decorating ideas. We offer a variety of holiday items, including wreaths, garlands, swags, and table decorations. Below is a list of the many items we offer for wholesale purchase. All items are handmade in Oregon’s Willamette Valley, and can be shipped around the country. Please contact us for pricing and more information. 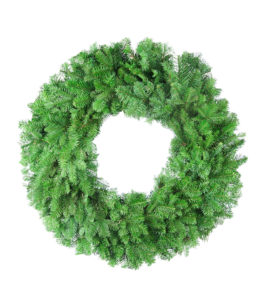 Made from noble fir branches.

Available in sizes from 14″ to 72″ outer diameter. 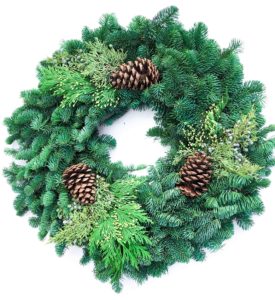 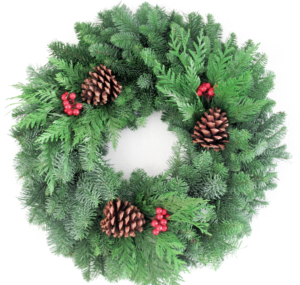 Here are colors we see when driving in the Cascades – no snow. 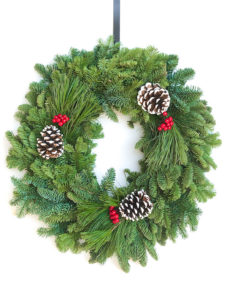 Same at the Wint’ry Mountain Wreath, but the cones have a frosted look. 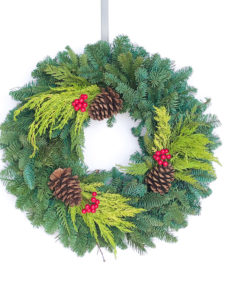 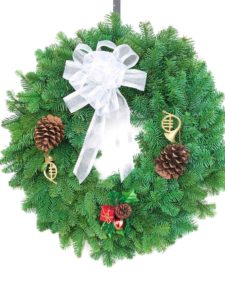 We decorate with musical instruments and gift packs. 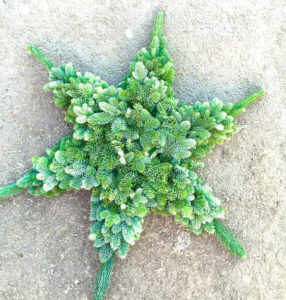 Made with noble fir trimmings, this fun shaped wreath is left plain for customization 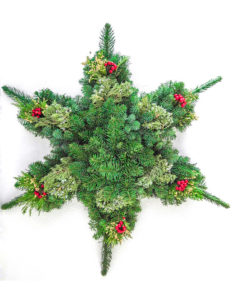 We added waterproof red berries, juniper, and incense cedar to our snowflake wreaths. 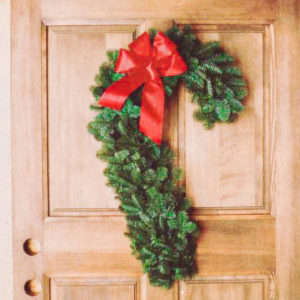 Made from noble fir. 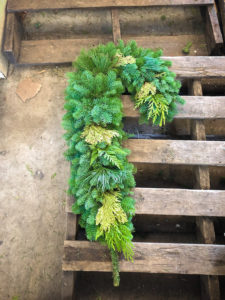 It is our traditional candy cane wreath with added blues and yellows. 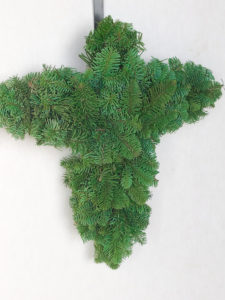 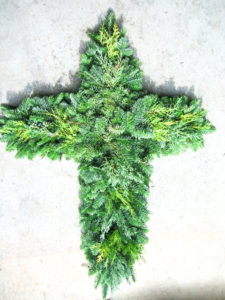 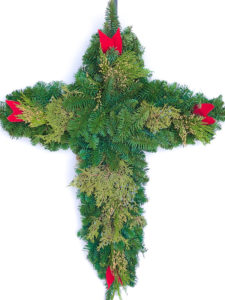 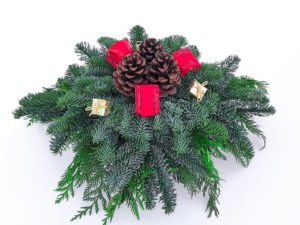 We decorate with mini gift packs. 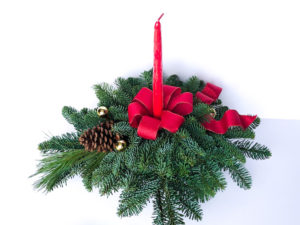 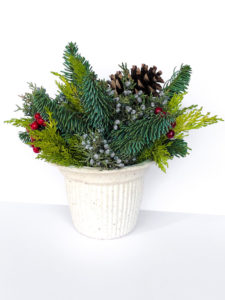 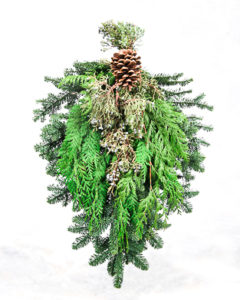 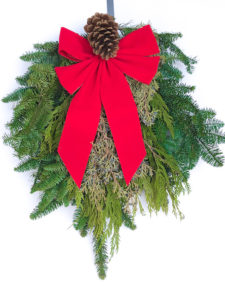 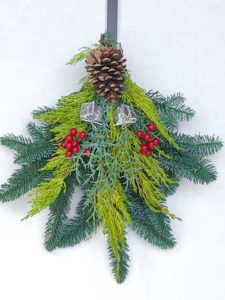 Smaller version of swag, this can be either indoor or outdoor decoration. 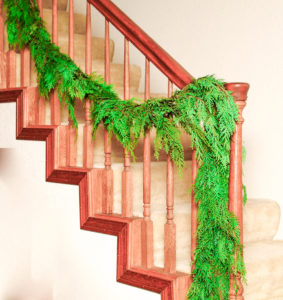 Decorate door frames and banisters to wrap the room in the season. 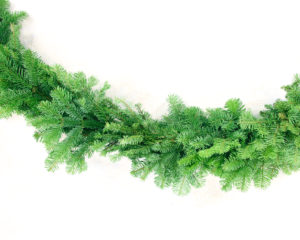 Hardier than cedar garland, but heavier too.

A wreath on our door is among our most ancient customs – here we connect with many generations of people going back 2,000 years. During the time of the Roman Empire wreaths, as an earthly halo were first placed on heads as an award. After removal from the head wreaths gradually became a wall adornment.

When the Christian church began taking shape in the first 400 years after the death of Jesus, it first endured an interval as an outlaw faith. New converts used various symbols to identify themselves to one another and one of these symbols was the wreath placed on the front door. Later in history Christian missionaries competed with Druids for the attention of northern Europeans. Druids assigned mystical attributes to Oak trees (observing they were the trees most often hit by lightning). In response Christian missionaries in the 8th century turned to conifers equating characteristics of evergreens with everlasting life. Through the war of symbols and our persistent pleasure in handicraft work wreaths on the door made of evergreen boughs have become one of our most enduring customs.

The way we used to gather our evergreens 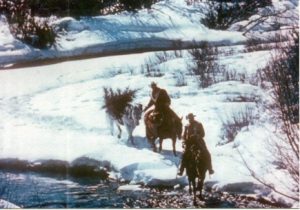